A young Chinese woman born with a serious deformity has finally been able to stand for the first time after months of operations.

Chen Tuanzhi’s condition left her legs pointing forward at the knee but her poor family did not have enough money to pay for medical treatment.

The 26-year-old was later diagnosed as suffering from serious congenital genu recurvatum disease, which caused her legs to point forward in an L-shape and made it impossible for her to walk.

She was forced to use her hands to move her body along the ground and she became known as ‘Crawling Girl’ in her village.

But after stories about the young woman from the city of Xiamen, in south-eastern China’s Fujian Province, appeared in local media enough donations were made to allow her to get medical treatment from specialists in Taiwan.

Chen’s mother said before the treatment started that her daughter had grown used to the disability but disliked the comments and stares from people and stares whenever she was in public.

She said: “Our family could not afford the medical bills. Before she was finally sent to Taiwan to get the treatment, her treatment has been refused by many hospitals because it was so unusual.”

Despite her handicap the youngster managed to gain a place in a local school and graduate and is now at college studying social work and management.

She was soon sent to Taiwan’s Hualien Tzu Chi Hospital by the arrangements of the Xiamen Charity Federation and through the medical referral platform set up by Taiwan’s Tzu Chi foundation.

Chen Yinghe, honorary President of the Taiwan’s Hualien Tzu Chi Hospital, said that Chen’s disease, which has been reported only twice in the world so far, was very rare and posed a great medical challenge.

He said: “The girl’s legs have never been normally used since she was born so there are lots of factors that are out of our control in the wound healing process.”

But now after 10 months and seven major operations Chen can finally stand on her own two legs and instead of 93 centimetres is 122 centimetres tall.

Chen said: “When I heard that some kind people were prepared to help cover my medical bills I was excited but to be honest I never really dreamed that I would one day be able to stand on my own two feet and even walk like other people.

“It is more than a dream come true, it is a miracle. I was so happy when I had people to see me off at the airport and I was able to tell them I was now ready for the walk back home.”

A volunteer from the foundation said Chen Tuanzhi showed a lot of courage throughout the treatment, which was very painful.

He said: “Chen always smiled at others and never complained about the pain caused by the surgeries, including several that involve breaking her bones.” 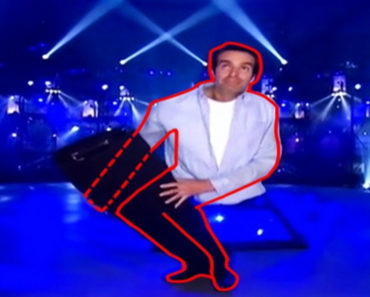